Ok, I was just playing Hexic (yes, you read that right, Hexic.  A game that, according to my timeline on the dashboard, I hadn't played since approximately 2008)... And I had a great thought.  Netflix needs achievements.

Now you might say: "How did you think of such an awesome idea?!"  Well...clearly my greatest ideas come to me when I am zoning out playing a puzzle game instead of sleeping.  Duh.  What can I say?  Those little colored hexagons hypnotize me. 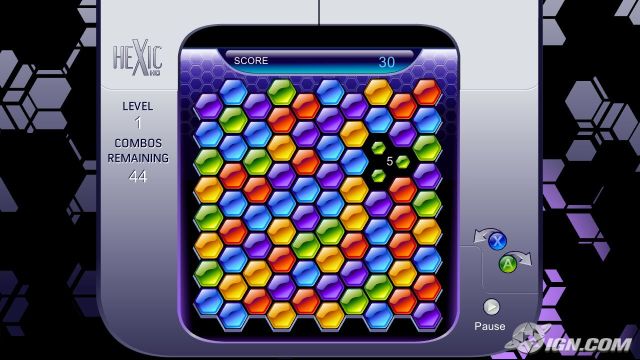 So the second thing you might say to me is: "Isn't achievements for Netflix taking it a little too far?"  And for that I'd say, No.  The possibilities are endless, and hilarious!

Achievement unlocked!  5 gamerscore: You have watched 24 hours worth of 1980's television sitcoms

Secret Achievement unlocked!  50 gamerscore: You have watched (insert your favorite cult classic) every day for 30 days!

What achievements would you unlock on Netflix?

Also: While searching for thing link for Hexic I just learned that the game is FREE.  So get on Xbox and download it.  You can even use that link I posted earlier, heck, I'll even post it again here, and go to Xboxlive.com and put it in your queue.  If you like Tetris, you'll like Hexic.  It's super fun.
Posted by Linz at 12:14 AM

Omg, that is actually like the best idea ever ! Ifthe spaced out the achievements really well, think of all the new shows you would watch that you might have never tried otherwise ! You, dear, are a genius.

Achievement Unlocked! 5 gamerscore: You hate Jack Black by rating 5 of his movies 1 star!

Achievement Unlocked! 10 gamerscore: you should now be smarter for having watched two seasons of mythbusters!