Hello fellow Achievos!  I have got to say, before I start this blog, that I am so thankful and indebted to Debbie.  She is such an awesome blogger and friend.  I have been away from the internet and gaming for the last 6 weeks due to Real Life, and she has been so good about keeping our blog active.  And not only active, but awesome - her blogs are hilarious and full of good information.  So thank you, Debbie, for being the best co-blogger a girl could ask for.

We now will provide you with the second installment of Misheard Game Titles.  The stupidity of our nation provides endless entertainment.  And don't forget, if you have a misheard title, send it to achievos@gmail.com. 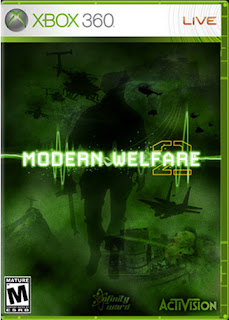 When the difficulties of life pile up on you, sometimes you have to turn to a little government help.  Modern Welfare 2, the sequel to the smashingly popular simulation game Modern Welfare, continues helping the player learn how to spend those WIC coupons and food stamp cards!  In the first installment, your toon went to the Welfare office and got signed up.  In MW2 there is no more of that tricky paperwork to navigate or long lines to wait through (although that was a clever way to mask load times.)  Instead, you are out there spending away, and learning healthy eating habits in the process!  Plus there are fun side games where you get to blast Welfare mis-users out of the program.  Did you see that WIC consumer drive up in that chromed out 2010 Escalade?  Now's your chance to turn them in to The Man*!  (*where "turn them in to The Man = blowing that Caddie up with a grenade launcher.) 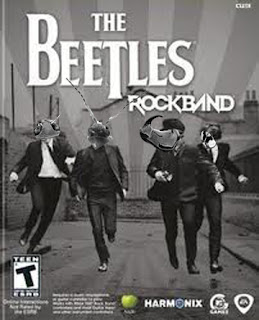 The wildly popular band has been replaced by their lesser known counterparts, The Beetles!  Spelling has never been so important as it is in this new Rock Band title.  Popular songs include Eleanor Bugby, All You Need is Loam, and Norwegian Wood (Your Delicious Diet).  Gameplay is as you would expect from any Rock Band titles, but prepare yourself to bug out over new peripherals (pun intended).  The graphics leave a little to be desired, mostly due to hyper-realism and hundreds of TVs nationwide being broken by genteel ladies screaming and hitting the screen with their high heels.

Email ThisBlogThis!Share to TwitterShare to FacebookShare to Pinterest
Labels: misheard

Omg. The pics are amazing. But the summaries are even better. Eleanor Bugby. ..... Im dying over here.

Modern Welfare, I flipped it!