What ever happened to...

I was walking through Best Buy the other day because I had to pick up a battery pack for our black Xbox controller and a new charging cable.  Any of you who are friends with me on Facebook will have probably seen my status update that the baby I am currently housing is apparently some kind of EMP, because I have been killing anything and everything battery related.  2 controllers, cell phone battery, car battery, wristwatch...Keep your electronics away from me.

Anyways -- So I'm walking through Best Buy and I see on an endcap Epic Mickey.  Oh man, how I longed for that game when I first read about it in Game Informer.  It sounded amazing, especially for a Wii game.  It released November 30, 2010, just in time for the Christmas season - but also an incredibly busy time in my life, and a time when I was barely playing any console games, let alone the poor, lonely Wii.. So November 30 came and went and I did not pick Mickey up.  And then Christmas came and went and I didn't get it as a present, then 2011...and here we are, July 2011 and I see it on an endcap - and it's only $19.99.  Wow.  That game price dropped like a lead balloon. 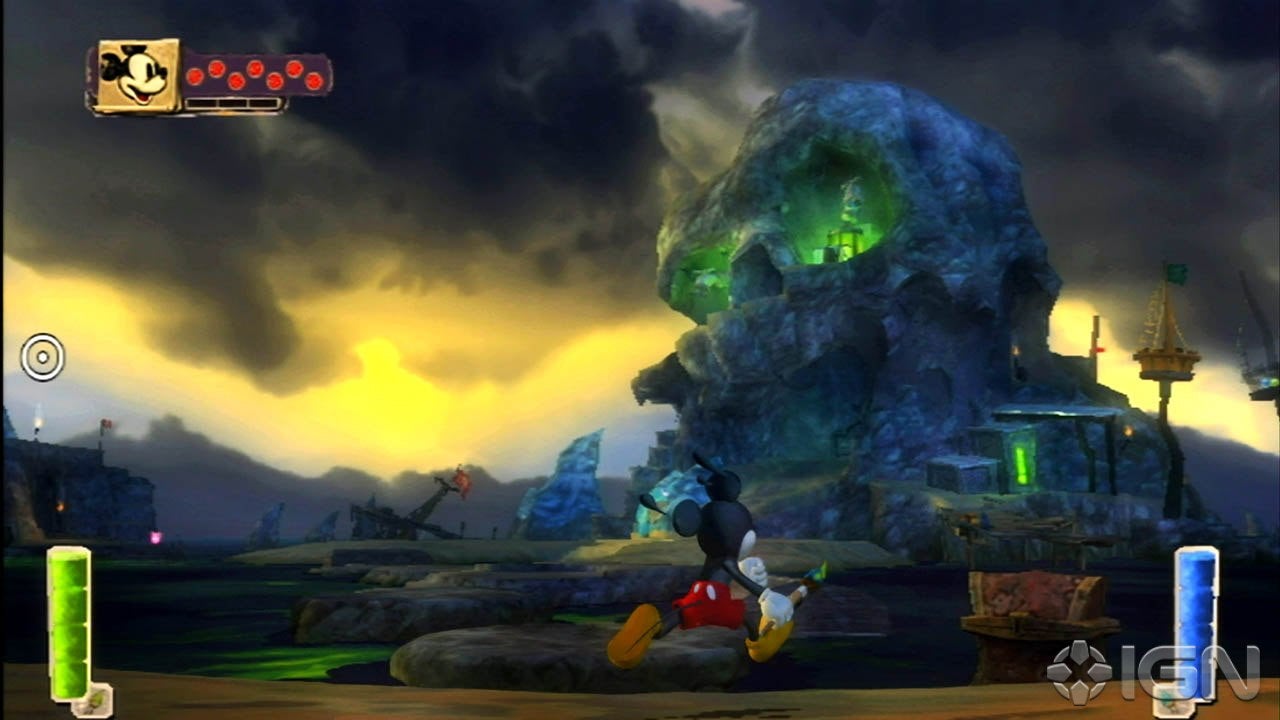 I don't understand it, either.  It was hyped up.  It had the cover of GI (granted that can be a curse.)  It was supposed to be a deep, rich storyline with interesting gameplay.  A game to beat other games on the Wii (not difficult to do.)  And I never heard anything about it.  And now, here it is, drastically reduced in price.

Looking at other websites, I see that it got 4, even 4 1/2 stars out of 5.  I probably never heard anything about it because, quite frankly, I have almost no friends who play Wii.  I wonder if this one went under the radar because gamers don't take Mickey seriously?  Although the Kingdom Hearts games seem to do pretty well...

Overall, I was just surprised.  A game that I was totally psyched for that I never got, and never heard anything about.   It totally fell off the radar until the other day when I saw it for so cheap, and I still didn't pick it up.  I know, I know *shameface*.  I do want to get it, eventually, but my list of games right now is 3 miles long and I just can't justify even $20 tacked on to the waiting list right now.

Has this ever happened to you, loyal reader?  What game were you totally psyched for that fell off of you and everyone else's radar?
Posted by Linz at 5:02 PM