I'm pretty sure we have discussed playing games through as good or evil before.  And if we haven't, then I have to say it's something that is always in the forefront of my mind.  I recently started playing Mass Effect (yes, I'm back on console!  Soon to be back on Live! *gasp!*) -- and I am approaching that game with the knowledge that it is, arguably, one of the most user-affected games out there.  Every decision I make has the opportunity to change the happenings and outcome of my game.  And not just my game in Mass Effect, but my future game in Mass Effect 2.  I can't take the stress!  (Ok, I totally can.  But I do way over think things.) 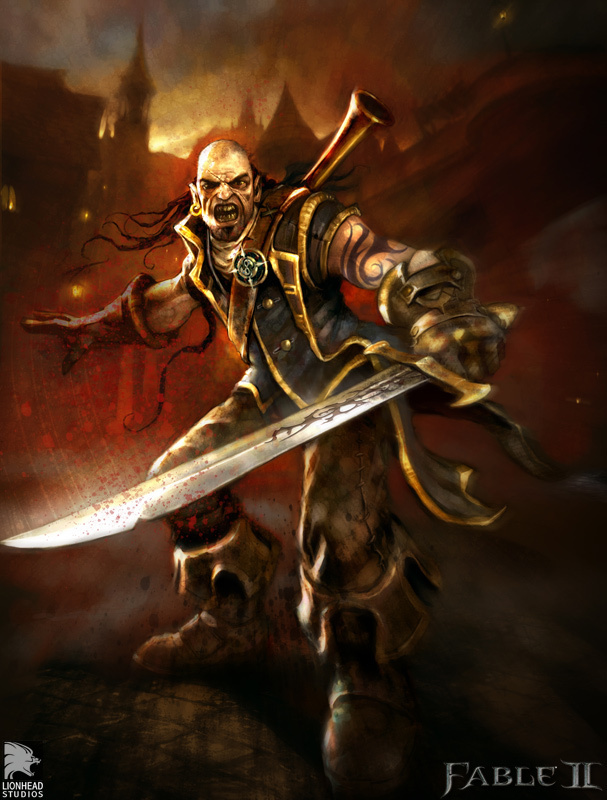 With these heady life-changing decisions looming around every corner, I look back on my choice in games past.  I, inevitably, play "good".  I can't help it.  I'm the helper.  In Fable 2 my character was so good they were blindingly bright and had a halo.  I've never gotten to see the ugly, evil horned version... and do I want to?  I've never taken the time to go back through one of these huge games and replayed as the opposite.  Would it be more enjoyable to me to go through a game and fight against my every tendency to help?  Would I feel as immersed, or maybe even more so?  I'd be playing as a character that wouldn't be making the decisions that real-life Linz would make...and that could be wonderfully fun.

I was discussing this with Debbie earlier and she said she also plays as the 'good'.  But my friend Chris always plays evil.  He can't help it; he has to do it.  He loves the power.  But he also is a re-player. He's gone through Fallout 3 three times, twice evil, once good.  He enjoyed both.  Maybe I let the karma-systems get into my head too much.  I'm just not sure if I have enough of the dark side in me.  I had to make a decision whether a captured evil witch should be freed or killed in WoW yesterday.  I choose to kill her, and it's been driving me crazy ever since!  What if I had let her live?  So to go on and slay a shop-owner and steal all his goods?  Choose to abandon the family starving in the desert so that I can turn in this quest item that much sooner and, therefore, receive a higher reward?  The idea could certainly be freeing.  "Hey, I want your coat."  "No way."  *bang*  "Muahhahaha..."

What do you play as?  Do these karmic decisions affect you as much as they effect me?  And have you ever gone back through and played a game in the opposite way than you did the first time?  I'm going to do it...eventually.  And then I'll get back to you.
Posted by Linz at 3:34 PM

Email ThisBlogThis!Share to TwitterShare to FacebookShare to Pinterest
Labels: 2 cents

Oh man, I lose sleep if I I don't go paragon. But I'm defo redoing Fable 3 as Evil and its gonna blow my mind. I can feel it.

I too always play as good - I can't help it. I know its CGI script - not real Night Elves - but his whole family just died! Of course I will take the time to go get their remains so they can be buried regardless of the fact that I needed to turn this daily in. My only hope is that my in-game Karma translates into something useful. BTW Linz - you ever think that your EXTRAORDINARY good luck when it comes to drops in WoW might be just that? Good WoW Karma?

I'm definitely not a gamer (PC games only and even then it's Sims, Civ, and Spore) but I'm always good. I don't like being mean in the Sims or going to war in Civ...unless the AI pisses me off then I KILL THEM ALL.