Do You Have Valor?

Achievos is proud to welcome new Honorary Achievo Kate Luckdragon.  She is a self-proclaimed sci-fi junkie and bookworm.  She's also a graphic designer, comic book nerd, and all around awesome chick.  Even though she has been totally swamped with the final stages of college she still makes time for getting her game on. 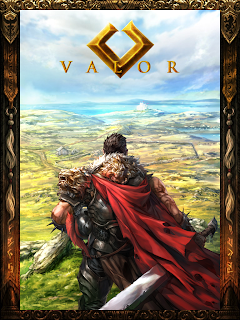 “In this life you were born to CONQUER! Take charge as commander of a city and dominate the landscape. Ally with the strong in the land to establish mighty guilds. Outsmart and out-build your enemies in this intensive multiplayer strategy game.”


I've never been a huge fan of real-time strategy games…I was always more of a puzzle and rpg kind of gal. But one night, I was looking through games on my iPad and came across Valor. Though the game starts slow, I've been playing for a few months now and currently have 4 cities on 3 different worlds and I've enjoyed every minute of it.


In a nutshell, the object of Valor is to build up your city and conquer other cities with the army and scholars you've built up. Once you conquer other cities, those cities are yours to rule as you see fit and the other player loses their spot on that world. As with most things, there's so much more to it than that.


First, I'll start with buildings. There are several different building types that you can construct in valor and each building has a specific purpose to allow for advancement and all around brutality. If you were to start playing today, I would recommend building up your resources, warehouse, and farm production as quickly as possible. The more resources, food and storage you have, the better your chance of faster advancement. This game is real-time, which means that when it says it's going to take thirteen hours for you to level up your lumbermill, you're gonna have to wait thirteen hours. The wait isn't that long in the beginning, and if you have a mellow night at home just hanging out, you're guaranteed to get your city up and running in just a few hours…but you'll need to go back daily (or, several times a day) if you want to keep advancing.


After you've gotten a decent production of lumber, clay and iron, you can move on to working on your City Hall, which is where you upgrade and construct buildings &amp; your Market, which allows you to trade resources with other players.


Here are a couple screen shots of my cities on Lynx: World 64. 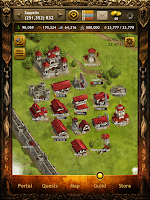 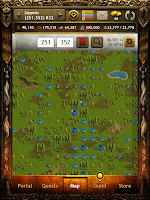 Then comes probably the most important part of Valor…your army. Your army consists of three buildings; barracks, stable and workshop. Inside the barracks you will find lancers, sentries and berserkers as your choices for infantry. In the stable there are scouts, knights and guardians for cavalry. The workshop holds your rams and ballistas for siege. If you are interested in reading further about each one, click here for the Valor Wiki (http://valorgame.wikia.com/wiki/Category:Units)

As you upgrade your city, you receive 'research points' that you can use to upgrade your units to higher levels. One mistake that I made in the beginning was that I spread out my research points between each category. In retrospect, that wasn't a good idea. I decided to specialize my guardians, berserkers and ballistas. After getting rid of my scouts, sentries and rams - my attack score went through the roof because I was condensing my research points and making my army extra awesome! It was excellent. I would also recommend checking out this chart, it helped me tremendously in choosing what units to recruit and pour my skill points into.


I bet you're thinking something like this right now: “So, Kate, you've told me all about what units are, now what the hell do I do with them?!”  That's simple…ATTACK EVERYONE! J The world that your city is on is filled with hundreds of other cities, doing exactly what you're doing and just waiting to be attacked. I gauge my attacks based on point level and only go after those with similar points to me so it's more of a fair fight- but that doesn't always work. Players with smaller armies have wiped me out before. That is where your strategy comes in…you can send scouts to the opposing city to see what you're getting in to, or you can just charge in and see what happens. The latter is usually my preferred method because I find it more fun that way.


One thing that's gotten me hooked on Valor is the team playing. The game allows for guilds to form. Find yourself a good guild and be active in the forums, then you've got all the back up you need for large scale attacks. I've actually met some cool people through this game and it's quite enjoyable to work together to take another guild out or conquer a series of small cities. For more reading on strategies, go here: http://valorgame.wikia.com/wiki/Category:Strategies


So, there you have it, my extremely basic guide to Valor. There is obviously so much more but you will learn if you pick up the game and start playing.